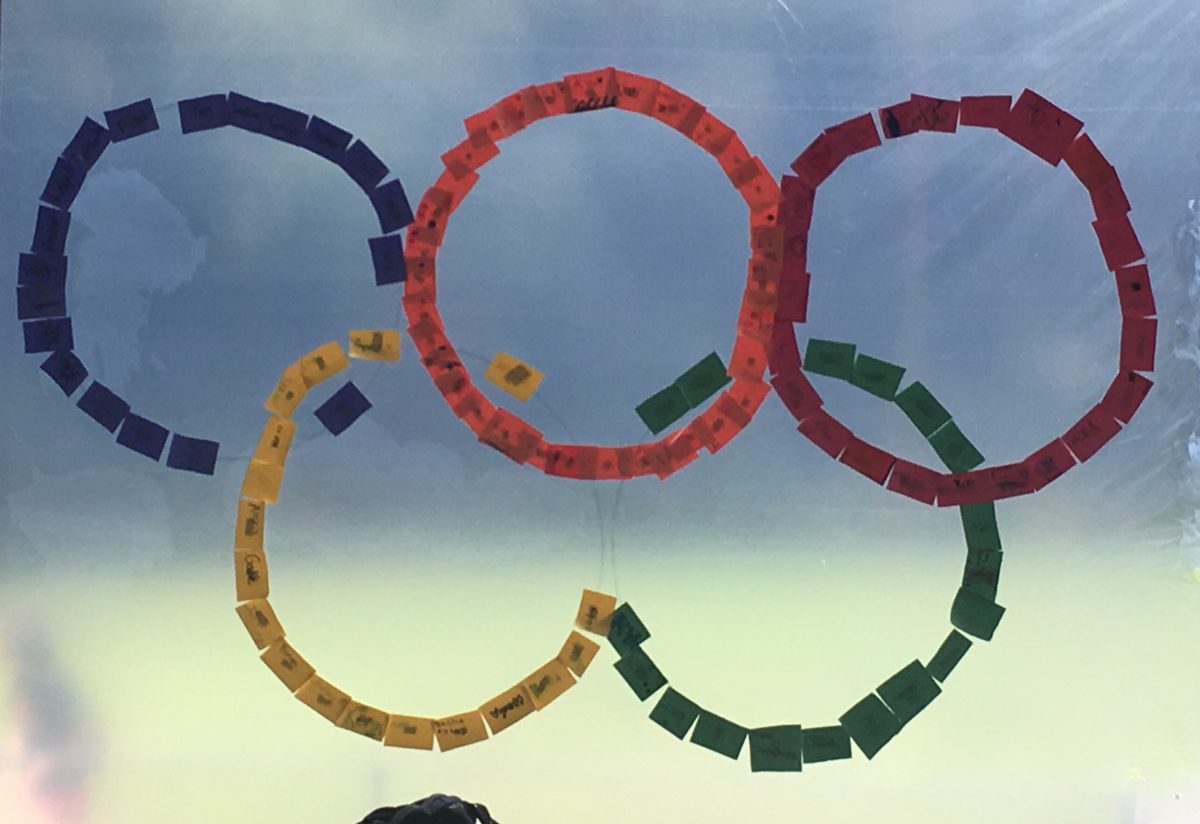 The red group began the day making personal flags for the Olympic Games later in the day as well as helping create camp wide Olympic Rings. We also completed an obstacle course to prepare for our event later. After snack we had a blast playing in the Olympic Games created by our yellow and green group. We played soccer, javelin, archery and softball!
The orange group started our day by decorating flags go carry during the opening ceremony of our Olympic games. We also each made a piece for our Sunshine Group Olympic rings. We then had snack and did a session of yoga before our olympics games began! We all had so much fun participating in the games and events put on for us by the yellow and green groups!
Yellow and green group set up and ran the Sunshine Olympics today! We had Olympic Games like hurdles, jumping, throwing, “ice” skating, skiing and snowboarding, baton relay, softball and more! It was a great time seeing all of the Olympians shine!
A reminder for everyone to wear your red t-shirt tomorrow with sneakers! And if you have not handed in your permission slip in, it had to be handed in tomorrow morning!