The Sunshine Group started Character Week off with a bang! We sang a super crazy song about oranges, bananas, and cows?!

Red Group started with arts and crafts. They made minions out of empty toilet paper rolls. They also made paper planes out of paper plates! Their choice today was water games or the playground. They ended their day on the field playing games such as water tag and freeze dance!

Orange Group started their day with a choice between waterslide or playground. They were in the field next. They played Luca’s Don’t Get Wet, and a treasure game. Lastly, for crafts, they made Forkys from Toy Story and also used the costume box.

Yellow and Green Group played Andy’s Coming, Shark Bait, and Luca’s Don’t Get Wet! Those that were interested went on a Character Scavenger Hunt on the path. During craft they also made minions from toilet paper rolls. Minecraft characters were made out of blocks. Our volunteers made big thank yous to the Medway Fire Department as well as the Medway Police Department during this time. Their choices today were RC “Mario” cars and the water slide. Some even did both!

We can’t wait for another day of Character fun tomorrow! 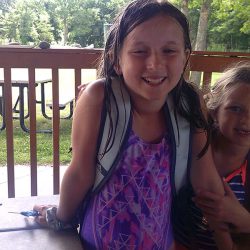 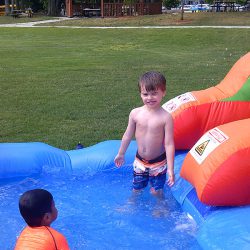